Dr. Clare Gill has been appointed interim executive associate dean for the College of Agriculture and Life Sciences at Texas A&M University in College Station.

The announcement was made by Dr. Patrick Stover, vice chancellor and dean of agriculture and life sciences and acting director of Texas A&M AgriLife Research. 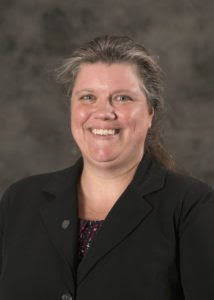 “I’m pleased to welcome Dr. Gill to our team,” Stover said.  “She has extensive administrative service, having served over the past six years in a variety of roles at Texas A&M University, which include Faculty Ombuds officer for Texas A&M and Associate Vice President for Diversity. She was also named a Faculty Fellow in the Division of Research and provided leadership on the coordination of core facilities infrastructure at A&M.”

Gill has served as interim department head for Agricultural Leadership, Education and Communications since August 2017. She joined the department of animal science in 1999 and is a professor of animal genomics.

Gill was recipient of the 2014 Texas A&M College of Agriculture and Life Sciences Dean’s Outstanding Achievement Award for Excellence in Research. As a member of the McGregor Bovine Genomics Team, she received the Vice Chancellor’s Award in Excellence for Research in 2009.